one of the world’s best countries
for hi-tech business 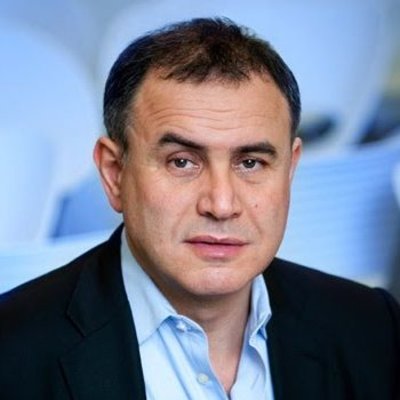 One of the most authoritative experts in the world on global finance issues. In 2006 predicted the world economic crisis of 2008 and won fame as Dr. Doom.

Professor of economics at New York University's Stern School of Business. During Bill Clinton’s presidency from 1998 to 2000 served as a senior adviser to the White House Council of Economic Advisers. After that moved to the US Treasury.

Chairman at Roubini Global Economics Monitor. Among his clients – governments and executives of major banks all over Europe and Asia.

Ranked #4 in Foreign Policy's List of Top 100 Global Thinkers and was included in Time magazine's annual list of the 100 most influential people in the world.

Author of «Crisis Economics: A Crash Course in the Future of Finance».

Issues that we will discuss with Houriel Roubini at the HI-TECH NATION forum in Minsk are dedicated to the ways new technologies (AI, robotics, etc.) will be changing the economy, separate industries, labor market and distribution of earnings in society in the nearest future. 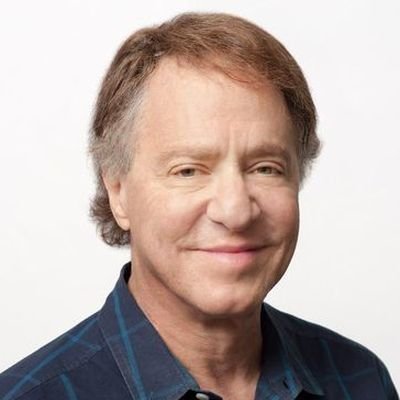 Recognized American futurist and inventor (invented numerous systems for speech recognition), known for his sensational predictions for the future.

Believes that by 2029 we will create artificial intelligence equal to the human, and by 2045 may appear technological singularity – a moment in history when the whole planet is one enormous computer and technological progress has such paces that will be beyond human understanding.

In his opinion, to this phenomenon will lead three simultaneous revolutions: in biotechnology, nanotechnology and, to the greatest extent, in the field of development of AI.

Ray has been described as “the restless genius” by The Wall Street Journal, "the ultimate thinking machine" by Forbes, “the rightful heir to Thomas Edison” by Inc. magazine, and Bill Gates calls him the best person he knows at predicting the future of artificial intelligence.

"When he makes a prediction, all think they are far from reality. But normally there was no prediction that happened earlier than he had predicted", — says about Ray Kurzweil Herman Gref, CEO and Chairman of the Executive Board of the largest Russian bank Sberbank.

At the HI-TECH NATION Ray Kurzweil will appear as a 3D-hologram. 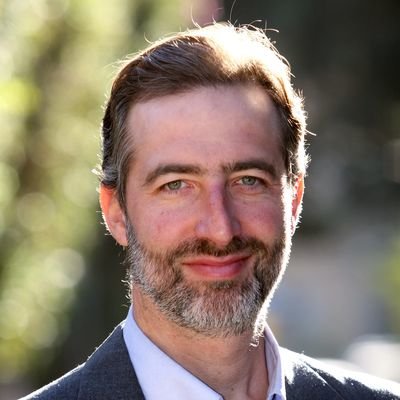 Co-author of a bestseller “Start-Up Nation: The Story of Israel's Economic Miracle”

Saul Singer and his co-author Dan Senor (American writer and political adviser) analyze in the book success story of Israel: a small country that started from scratch and in a short span of time has turned into a powerful technological player. In amount of start-ups and innovations per capita Israel outperforms today the USA. A number of conclusions which Saul Singer and Dan Senor have made will be useful for Belarus and other countries to create a successful entrepreneural ecosystem and the economy based on knowledge and high technologies.

In Israel he has briefed visiting executives from companies such as: Johnson & Johnson, Procter and Gamble, Xerox, Mars, General Electric, IBM, AT&T, Medtronic, Microsoft, and Dupont.

Before moving to Israel served an adviser to the US Congress. 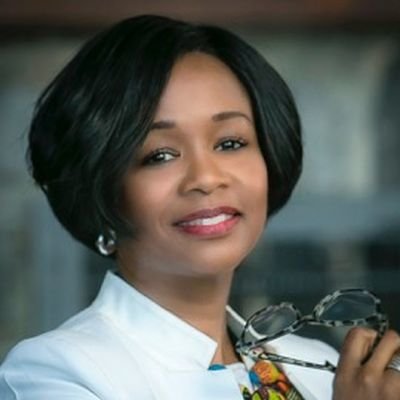 A seasoned leader, Janeen Uzzell has more than 20 years of Corporate, strategy, business development and start-up experience. Most recently, she was the Head of Women in Technology for GE where she worked across the 300,000-employee community, leading a culture shift to accelerate the number of women within the Company’s technical female workforce.

During her 16-year tenure with GE, Janeen has held a number of technical roles, served as a P&L leader, managed a major market customer base, and transformed the teams of people that she had leadership responsibility over. Additionally, she was selected to join key teams to launch two Chairman sponsored initiatives delivering Company-wide disruptive solutions resulting in culture shifts, new business models, increased customer satisfaction and incremental revenue growth.

At the HI-TECH NATION Janeen will cover a crucial topic for business how to meet the inevitable of industrial transformation and innovate developing employees' potential. 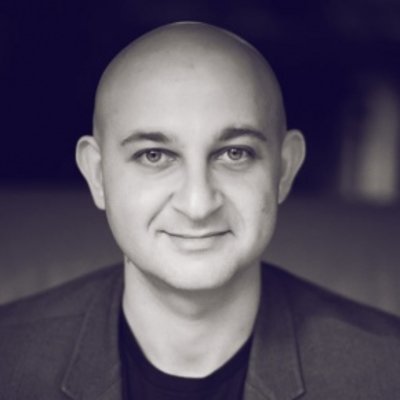 Bayer is a famous chemical and pharmaceutical company founded in Germany in 1863. Today it is a global multinational enterprise represented in 79 countries with more than 115 000 employees and an annual revenue of more than €46 billion.

Eugene is known not only as a top-manager of Bayer but as an entrepreneur and a founder of Health 2.0 Conference as well. He is also a mentor in digital health startups and an avid blogger about innovation and digital health.

At the HI-TECH NATION Eugene will cover the topic of a traditional business transformation through digital innovations and AI. 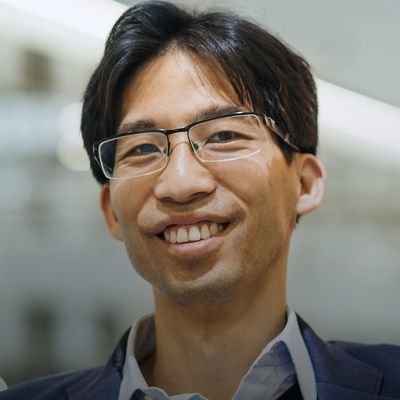 Partner at 500 Startups, one of the largest venture funds in the USA

Running the SF based accelerator program as well as investing in Seed stage start ups.

Marvin has more than 10-year experience in Yahoo! Inc. where he has held roles in the various departments of Sales, Business Development, Ad Operations and Marketing. Most of his roles were regional or global management roles giving him extensive experience across Asia, Europe, Latin America and the United States in his career at the company. 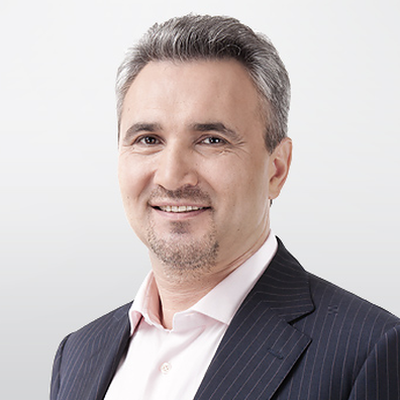 Has over 25 years of business experience in Russia, Belarus and the Ukraine. Managing partner and founder of Zubr Capital, the first professional private firm that manages private equity funds in Belarus. Its portfolio includes companies from IT, e-commerce and manufacture.

Oleg personally managed and oversaw the creation of over 30 portfolio companies, including 8 acquisitions and over 15 start-ups.

Prior to Zubr Capital founded an International Automobile Holding "Atlant-M".

Recipient of the highly regarded “Entrepreneur of the Year” award from Ernst and Young in Russia in 2009 (for anti-crisis management). 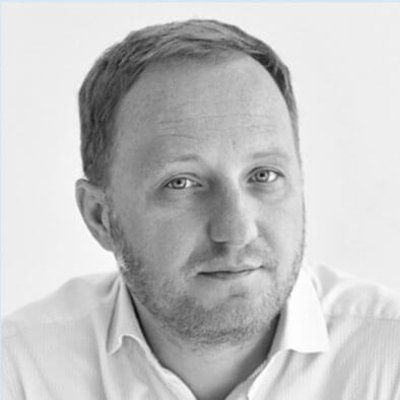 Andrii is heading today the line of business development that includes company development on international markets.

Has 17 years of managing positions in sales, marketing and business development in ITE Group Plс. 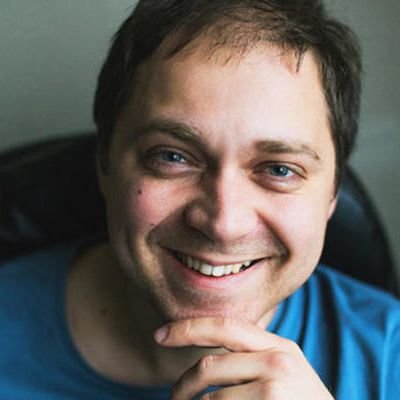 One of the most successful Belarusian tech entrepreneurs. The Co-founder and former СЕО of MAPS.ME mobile app (maps on the base of the OpenStreetMap technology). In 2014 MAPS.ME was acquired by Mail.Ru Group. According to the Russian media, the acquisition became the most significant on the Russian web-market. The number of users of MAPS.ME increased by 40 mln.

In 2016 together with a team of Belarusian software engineers Yury Melnichek launched an AI-based startup — AIMATTER (technology on the base of neural networks and computer vision for processing images). In 2017 AIMATTER was acquired by Google Inc. That acquisition became legendary for the Belarusian market. Besides, the acquisition was carried out in the Belarusian jurisdiction.

Recently Yury is interested in projects at the junction of artificial intelligence and traditional industries: agriculture (Yury is one of the investors of the Belarusian startup OneSoil – an AI-based web-service for monitoring of cultivated areas and yield enhancement), medicine, etc.

Yury considers that in the nearest future outstanding projects at the junction of IT and different traditional industries may occur in Belarus, and he is investing actively in this field. In March 2018 launched an investment company Bulba Ventures. 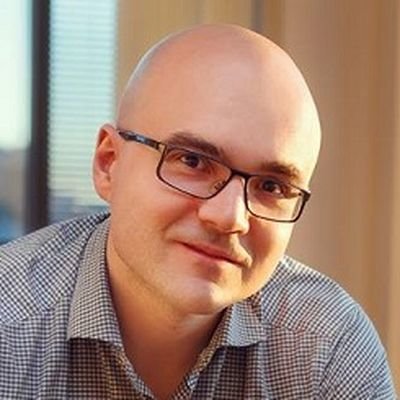 Viktor founded Viaden Media – one of the largest producers of applications for iPhone and iPad in the Central and Eastern Europe region, and exp(capital) – a company which develops solutions for banks and brokers.

He is the founder of VP Capital – an international investment company focused on the technological sector.

VP Capital of Viktor Prokopenya and the Larnabel Enterprises Fund, owned by the family of a Russian billionaire Mikhail Gutseriev, together invest in IT-products on the base of AI and AR.

Together with his colleagues was developing the revolutionary Decree “On the Development of Digital Economy” which legalizes ICO, crypto-currencies and smart contracts. Thanks to the adoption of this document, Belarus becomes the first jurisdiction in the world with comprehensive legal regulation of businesses based on blockbuster technology.

For more than 15 years has been practicing dispute resolution and advising on investment projects with foreign capital in such industries as information technology, energy, infrastructure, capital markets and other. 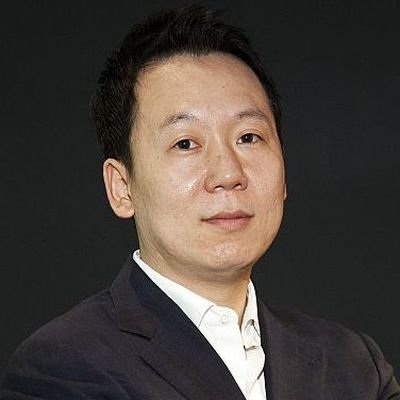 Marvelstone Group is a private investment group that develops and invests in growing businesses. With finance as its core strength, it also makes diversified investments in technology, real estate, infrastructure, energy and media. 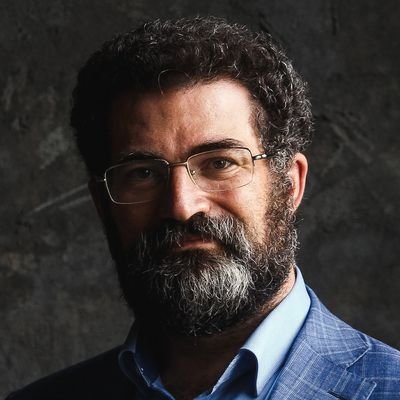 Managing partner at the Сenter of Strategy Consulting

Famous Russian coach and consultant. He has carried out more than 700 projects in building industry, retail, restaurant and hotel business, IT and telecommunication, etc.

Currently is the most popular speaker at Pro business events ever. Articles and videos with his participation have gone viral and have already got an outreach of approximately 6 mln.

His public speaking constantly causes a number of disputes and discussions, but always makes listeners set sights on themselves, on their "patterns" of decision-making – both in business and life.

By his own example Arkadii also shows that a person can overcome any difficulties, that resources of personal enhancement are almost unlimited.

At the HI-TECH NATION forum Arkadii will talk about the role of the human in business where machines are getting more and more functions. 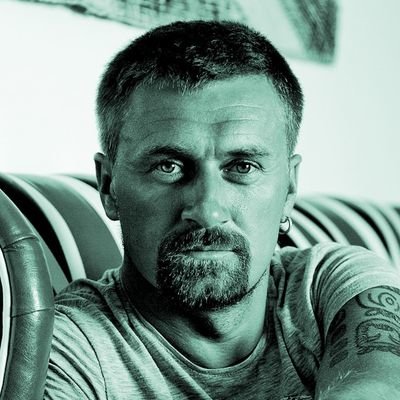 Founder of Toonbox studio and the project Freeland

Creator of the project Freeland - decentralized state with its own cryptocurrency MFCoin.

Pavel directed projects KOMS and Multikov.net, represented the interests of various studios in the international animation market and was engaged in selling the brand "Masyanya."

Toonbox series are "Kumi-Kumi" and "Kotiki, vpered!" The series are broadcasted in 21 languages in 126 countries. 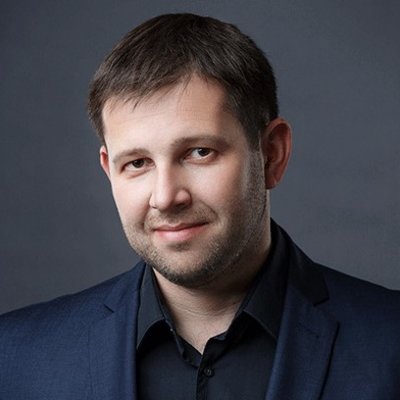 A Certified Senior Associate at the Adizes Institute, USA. Co-founder of the Adizes Management Consulting, Belarus (the first Adizes office in the Russian-speaking world).
Former CEO of the Adizes USA.

Has successful experience in consulting companies with revenues from $10 MLN to $12 BLN. 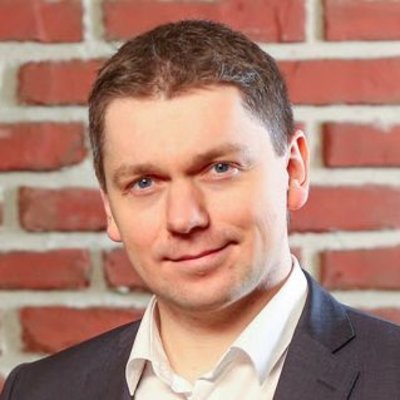 Co-founder, CEO of probusiness.io, moderator of the forum

Probusiness.io — is the largest business-media in Belarus. 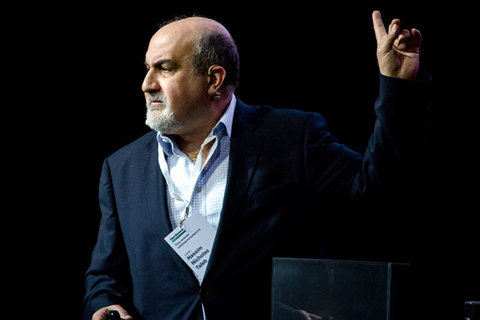 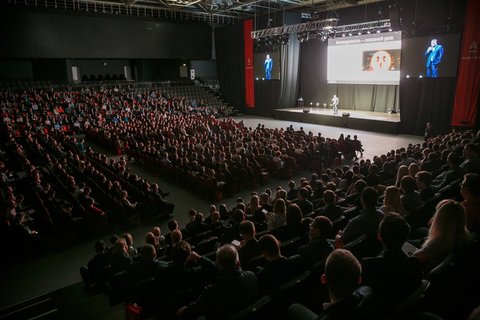 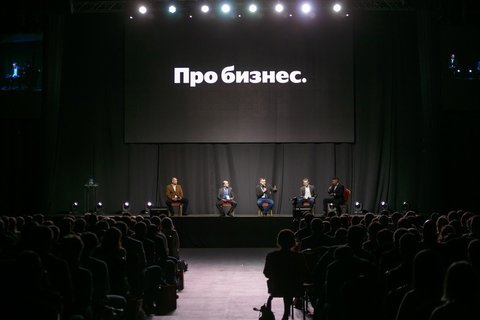 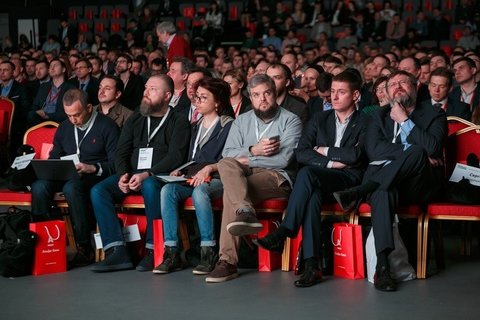 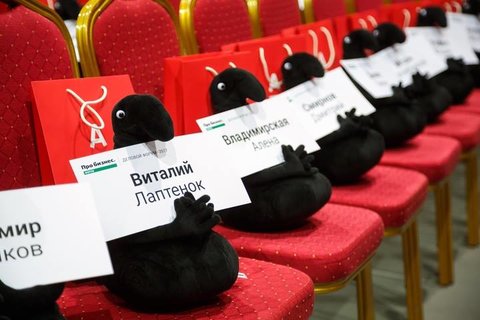 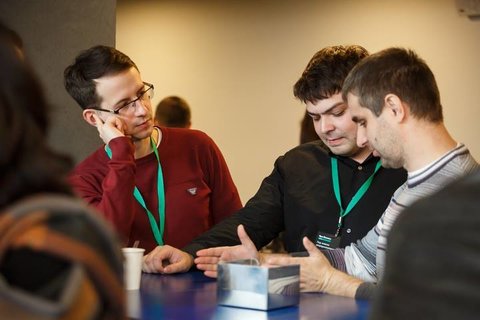 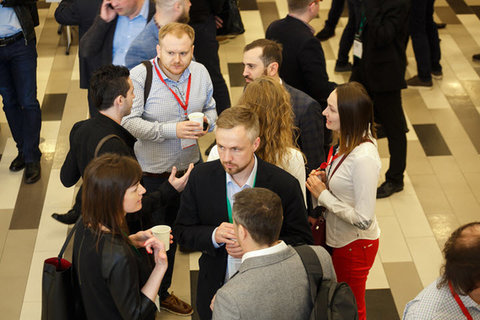